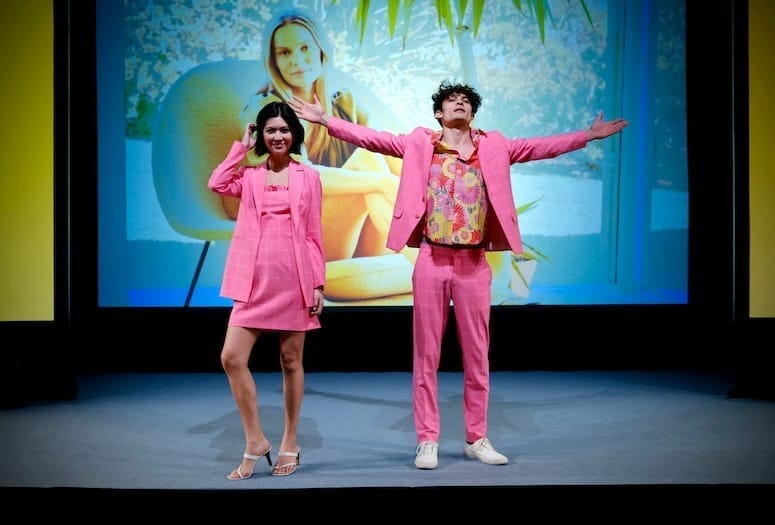 
"The exuberant hues and carefree silhouettes of Trina Turk’s spring 2022 collection captured the mood on opening night of the 15th edition of Fashion Week El Paseo. Attendees were genuinely thrilled to be there — or anywhere, one supposes, after a two-year pause winningly reset by the whirling, twirling, swirling, display of flora and sunshine that is Trina Turk.


Barefoot models in brilliantly colored caftans — both knee and ankle length — reflected the quintessential Palm Springs “cocktails by the pool” culture. They animated the newly reimagined runway, which takes cues from European fashion shows and provides an especially intimate vantage point for the audience. 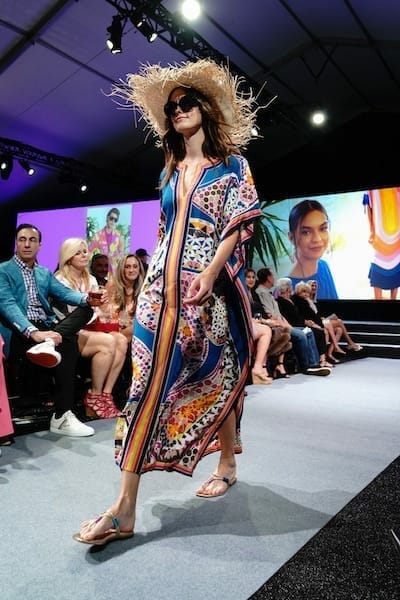 
Plenty of P.S. Pink, a standout hue from the ’60s-influenced color palette, and other bright shades with such names as Torch, Citron, or Cacti infuses the collection. Still, many of the wildly graphic prints and vivid stripes are grounded by shades redolent of a desert landscape or inky skies. At a couple of points, entirely white offerings appeared — dresses sporting lacy cut-outs, fringe, and even a little sparkle — to provide a cool contrast amid the otherwise eye-popping color extravaganza.


Gentlemen’s fashions from Mr. Turk — from simple torch-colored shorts paired with a white tee and green tennis shoes to blazers and short sets sporting the fabulously mod namesake print of the season — were met with enthusiastic hoots and hollers. The latter is a pop art floral with Warholian influences incorporating shades of pink and green. A bold, color-blocked jacket with metallic accents teamed with a hot pink polo shirt and white trousers caused a stir, as did any of the pieces sporting a hot pink, torch, and tan herringbone print. 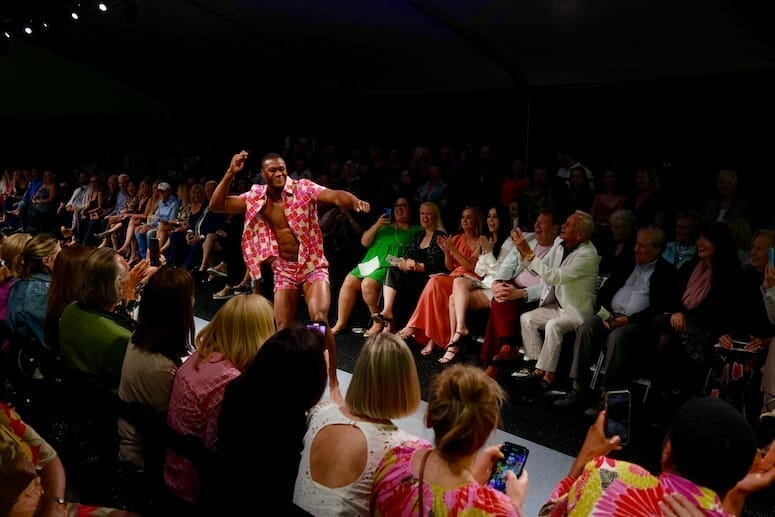 Both the floral and the herringbone manifested in many of the women’s fabrications as well. There were sleeveless tops with matching shorts or crop pants as well as flowy dresses — long and short — some winsomely accentuated with off-the-shoulder ruffled flounces.


Optimism was clearly on display with this collection, and the audience responded. The show’s verve and vibrancy excited the crowd and bodes well for the remaining nights of Fashion Week El Paseo."

For updates on products and new releases